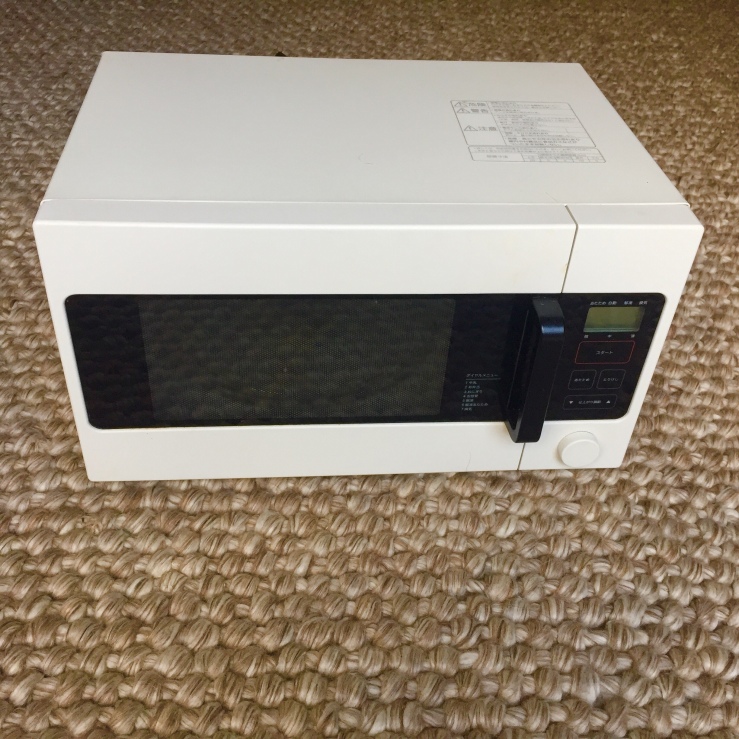 I believe I don’t know anyone who is into minimalistic design but isn’t a fan of the Japanese brand Muji. When moving to Japan, I was excited to go and see the brand’s flagship store, having only known a relatively small version in London (that was back four years ago). Actually, my first outing on my own in Tokyo, back then with baby in tow, was a 40 minutes walk to the Muji Concept Store in Aoyama — a big thing as, at that time, I hadn’t really been outside of our neighbourhood yet.Anyway, getting to today’s picture. We had to get some new electronics when moving to Japan as the voltage is different than in Europe. When I first saw that Muji Japan had a range of kitchenware appliances, all in a nicely paired-back design, I would have loved to purchase most. I’m good at holding back though, especially when I see a price tag. In the end we convinced ourselves to get a small kettle from the range. It looked beautiful but when starting using it, we discovered that it let out boiling hot steam right next to the handle.

I’ve spoken in an earlier post about the many people you see come and go when being in Japan on a work assignment. It was one of my friends who’d move back to her home country who offered us their microwave. It was of the same range as our ‘faulty’ kettle but, of course, I had to say yes. It was only about 2 years old by then and I would have assumed for it to last for quite a while longer. Surprisingly it was only about another six month we got out of it. So, here I was again, in the dilemma of ‘‘sodai gomi’ or ‘bulky waste disposal’. Gladly, this time, our neighbour had offered to arrange a pick-up.