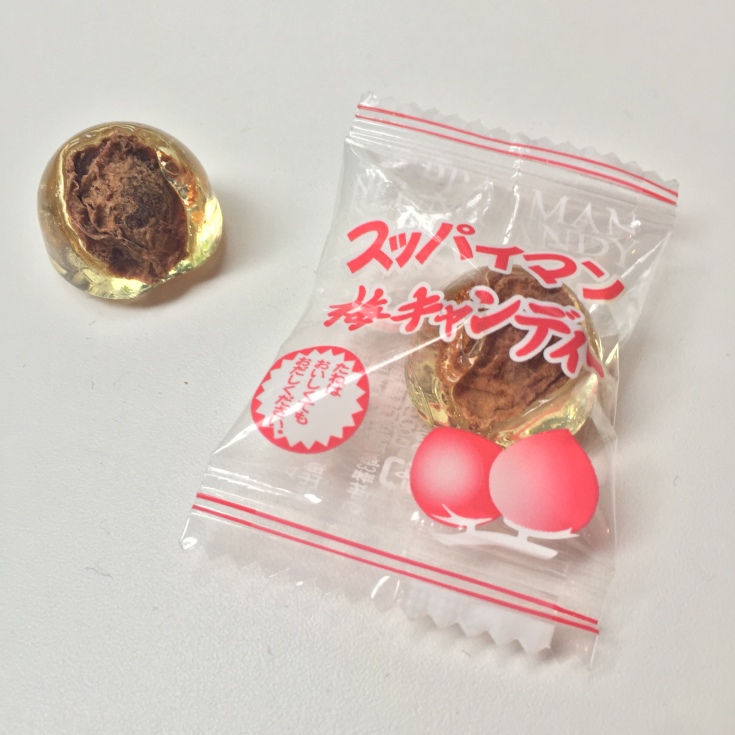 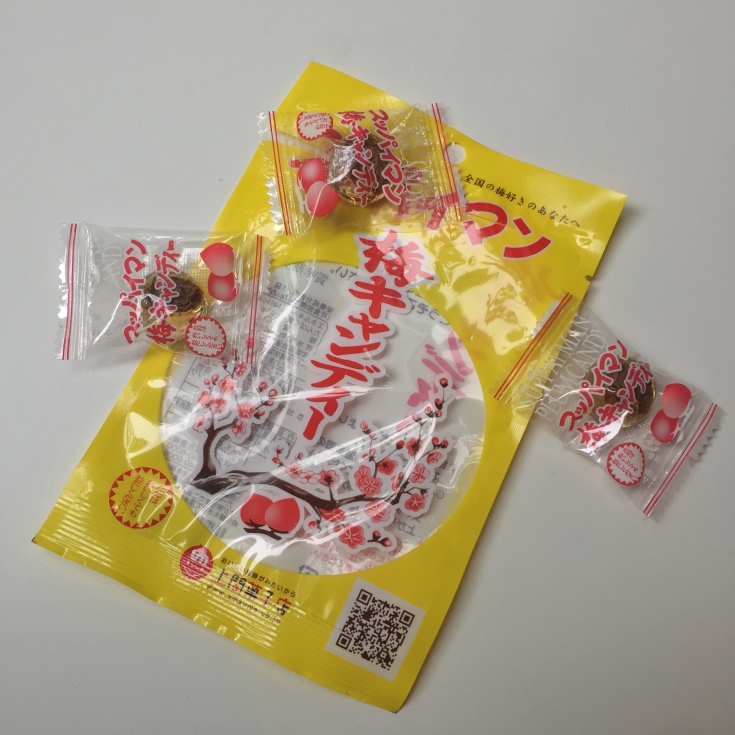 One of the food discoveries I made over the past years, living in Japan, was finding out about ume (Japanese plum). Rather an apricot than a plum, it is easily distinguished by its extremely sour taste.

Both umeboshi (pickled plum) and umeshu (plum wine) are popular products made from the ume fruit. The first one known and respected in Japan for its preservative and health benefits, the latter extremely delicious. Only about a year ago was I introduced to ume candy by a friend who said it was one of her staple souveniers. She pointed me to the below pack and, fully trusting her opinion, I got a lot for friends and family. I couldn’t resist though and kept a pack for myself. Even though not a big fan of candy, I loved its taste – a mix of sourness, saltiness and sweetness.

Recently, I came across the above candy in a random shop. I liked the design (as usual) and was convinced that it must be good as it was ume candy. I was wrong. This candy was impossible to eat. It is called suppaiman, which translates as sour man. Sadly, it completely lacked any sourness. Before throwing it out, I decided to take a picture and add it to the memory archive, my memory of ume. 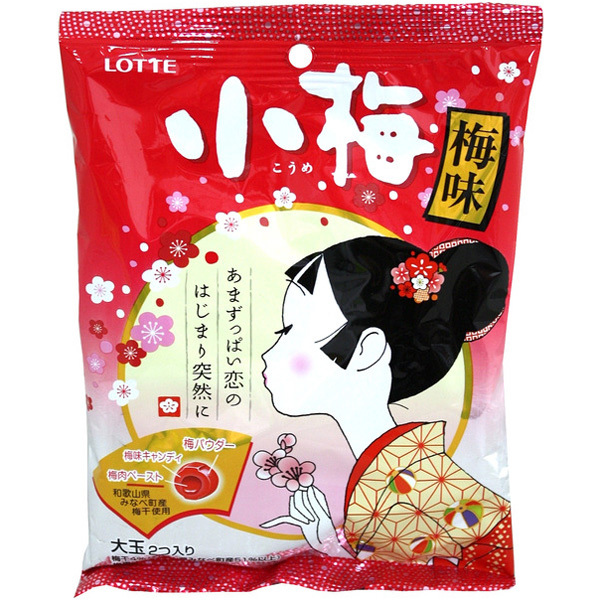