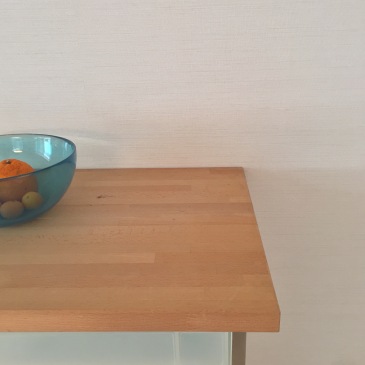 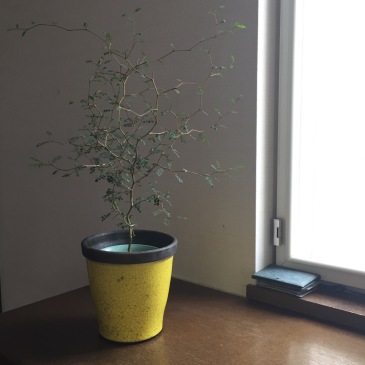 I had a conversation with a friend a while back. I think I was complaining about all the silly little arguments regarding domestic matters that so often become a common thing when you are in a long-term relationship. As an example, I mentioned the reoccurring discussions I have with my partner about clearing up the piles of things that can be found all over the house. My friend knew this problem only too well herself. Her explanation was that there is not much you can do regarding these clashes as there are pile people and non-pile people. In her case her partner was the former and she the latter. In my relationship I am clearly the one creating piles.

So today, I decided to tackle some of the piles in our house – partly to keep on decluttering but mainly to work towards domestic peace.

I’ve regularly made attempts to clear those messy areas, however, the tidiness never lasted for long. There are three locations in the common areas that I use for putting things that I don’t want to deal with straight away. The reasons for this are always the same

– Even though I know that I won’t use the item again, I am hesitant to throw it away as there is a certain memory attached to it or I just like the design of it.

– Getting rid of the item involves a certain logistical effort.

– I simply do not know where the item’s suitable place within the house would be.

The above pictures show a cabinet in the living room and one in the hallway. There was always stuff piled on top of those. Today, however, I cleared those, setting myself the goal to keep it like this from now on. This means that whenever I am inclined to put anything on those cabinets, I will have to decide which of the above three categories the item falls into and deal with it then and there.

– So if there is no official location for the  type of item, I will dedicate a space for it.

– Even if it’s a logistically challenge I will look into it and start the process or set myself at least a deadline which date it should be done by.

– If I think the item’s memory is really worth keeping, I’ll take a picture and add it to the archive rather than keeping it.

These are the rules I came up with today. I hope they’ll help me convert from a pile person to a non-pile person. Fingers crossed.

PS Another idea to make sure that a usually messy areas stays clutter-free, is to place a nice plant/vase etc. in the location instead; blocking the surface in a way.