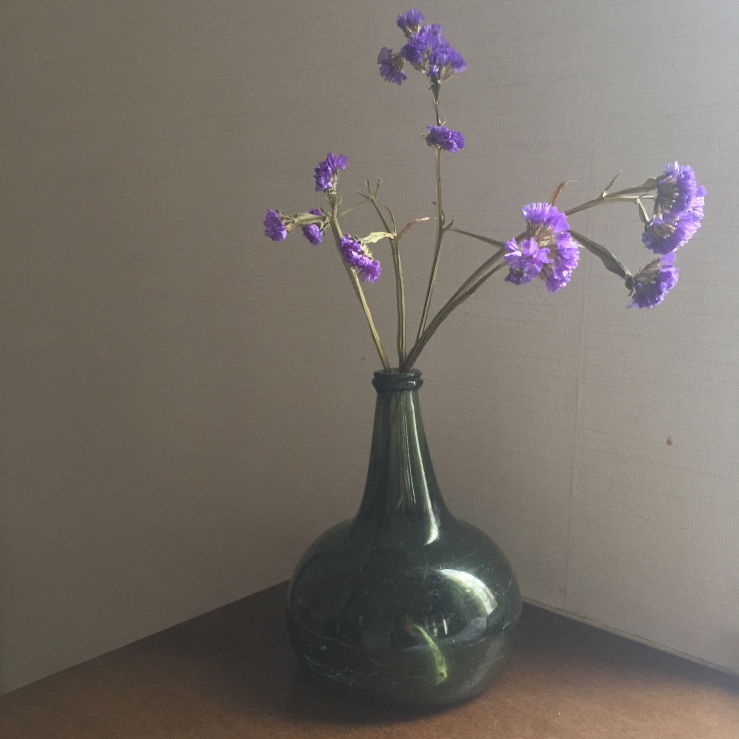 It is not the vase that I will dispose off today but the flowers. They’ve been in that vase for 2.5 months now and the ends are getting mouldy.

It wasn’t until I was in my thirties that I started to care for flowers. I think it’s from that age onwards that receiving flowers as a gift becomes more and more common. And, before you know it, you’ve grown fond of the idea of displaying flowers in your home as a regular thing.

I like how flowers are displayed here in Japan and I am not talking about the traditional, sometimes very spectacular, art of flower arrangement (ikebana) but rather the more simple, everyday displays – think of small, ceramic or glass vases, each just holding one or two flowers. Less is more.

The vase in the picture isn’t actually from Japan. I once spotted it at a small flea market in our neighbourhood. The vendor told us that a diver had found it on the bottom of the sea somewhere off the coast of France. Whether that’s true or not, I instantly liked it.